After the success of the night before but the disappointment in the weather, thursday came with lots of sunshine.  A final tidy up at the Loganair hangar and move the display to the terminal and we were ready to go.  The boys from Loganair Engineering did us proud and for that we are very grateful, nor forgetting Jonathan Hinkles, Loganairs Commercial Director who organised and funded John Moffats visit to Kirkwall.  Many thanks again.

At 11am Glaitness P7 arrived en masse for their visit to the Spitfire which coincided with their project on WW2.  They had a fantastic talk from Sheena who had volunteered her services yet again and by this time, John was back in the terminal after being picked up by Andrew Brown, who kindly offered to do the pick up as I was tied up.

By this time the terminal was filling up with people asking where the Spitfire was.  At 1130, the star of the show arrived.  The Airport Manager, David Blackman agreed that  we could let the public out to see the visititor and with the help from Security, Info Desk, Air Traffic Control and others, we took people to see the aircraft throughout the day.  Many thanks to all, the feedback from the public was extremely positive.

At 12pm William and Richard Shearer and Walter Scott arrived with their vintage vehicles for a period photograph and Dai Heather Hayes arrived at 12.20.

Anthony Hodgson confirmed that all was Ok with the Spitfire and he intended to do the Skea Brae approach at 1400 and invited me to join him for the flight which was a dream come true.  Andrew Brown had taken his Cessna 182 with him and with the help of  Dai Heather Hayes, a plan came together to photograph the Spitfire from the air.

A quick word with Andrew and david Blackman found himself a willing passenger on this historic flight.  After emergency evacuation drills and parachute training it was all go.  Believe it or not I do not have one photograph of the Skea Brae low approach but I have been promised pictures by Tom O’Brien from Orkney Media Group and from Ken Amer.  Believe it or not, I also did not see any of the news clips on STV as I was never in to see them.  As soon as I get them I will share what I can.

I would like to point out that none of this could have happened without the full support of Stewart Wood of Garson Farm in Sandwick who owns Skea Brae.  He has been very supportive all the way through and nothing has been a problem.  For all who went to Skea Brae on the day, many thanks Stewart, very much appreciated. 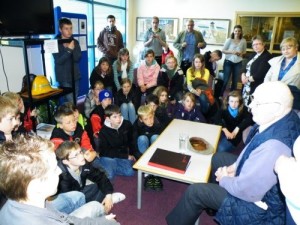 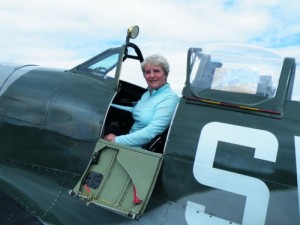 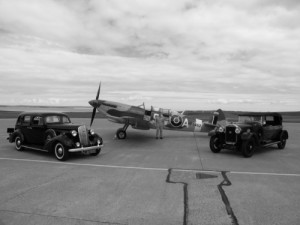 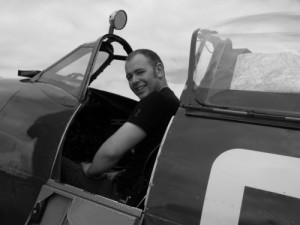 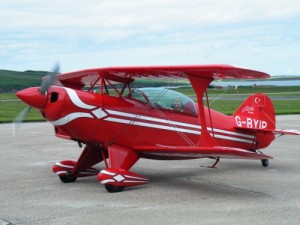 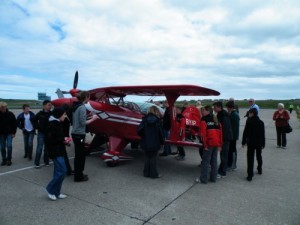 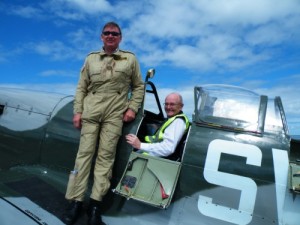 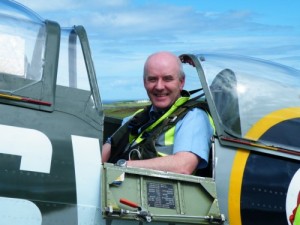 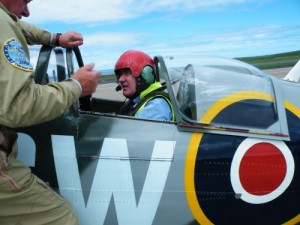 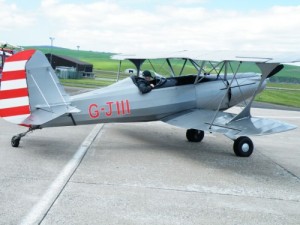 PS John Schollay has his blog about this event at http://jonskol.co.uk/blog/?page_id=245

If you want to see the Spitfire flying over Orkney from the air, here is the youtube link courtesy of Andrew Brown http://www.youtube.com/watch?v=hAVbFSsRfOY