Some days can be busier than others and today was no exception.  There were a number of events all happening one after another and we had a number of special guests invited for a number of functions.

The event was attended by HIAL’s chairman, Lt Col Grenville Johnston OBE TD, who was formerly my CO in 2/51 HIghland.  Richard Fresson, son of Ted Fresson and Scott Grier, President of Loganair and many other individuals who have made Kirkwall Airport what it is today.

The first unveiling was commemorating the Wideford Airfield just up from the existing airfield, where an information board has been erected by the Fresson Trust.

Secondly a commemorative plaque for the pilots who operated the air ambulance service between 1933 and 2006.

And finally, presentation of Jubilee medals to firefighters at Kirkwall Airport.

Many thanks to all individuals who made this day so special and a special thank you to Craig Horne who is very much the unsung hero in all this.  When the plaque arrived, with the permission of Davie Berston, Airport Manager.  I had a backing board made for the plaque.  I gave a rough sketch to Craig who is  a joiner working for Alfie Fletts in Holm, with a brief to use his eye and surprise us.

He arrived yesterday with something I hope you agree is beautiful and very fitting for the occasion and the pilots who put their lives on the line in all weathers to ensure Orcadians and Orcadian residents arrived safely at larger hospitals on the mainland and in many cases from the outer of islands of Orkney to the Balfour Hospiatal in Kirkwall.

Many thanks Craig from all at the event.  I will hand you over to the photos now.  We were very honoured to have four of the pilots named on the plaque at the event pictured in the last photo. 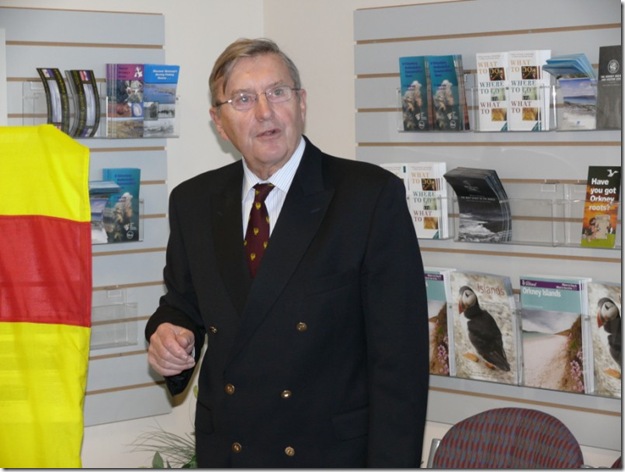 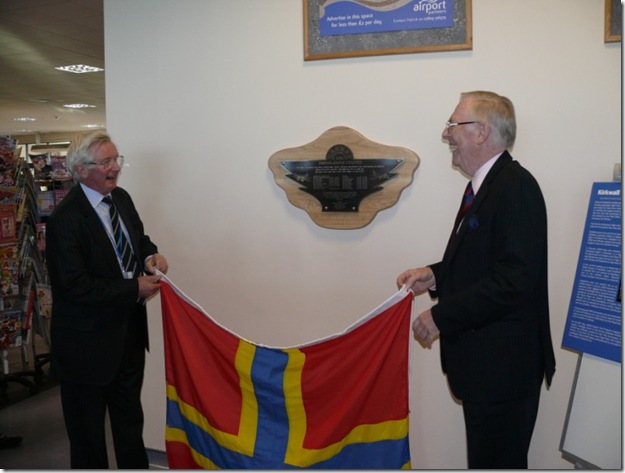 And of course the plaque

Because of the inclement weather, the unveiling of the information board at Wideford took place at the same time.  This is the actual board installed by Casey Construction on behalf of the trust.

Then it was down to the Airport Fire Section for the medal presentation.  The medals were presented by Richard Fresson and Scott Grier 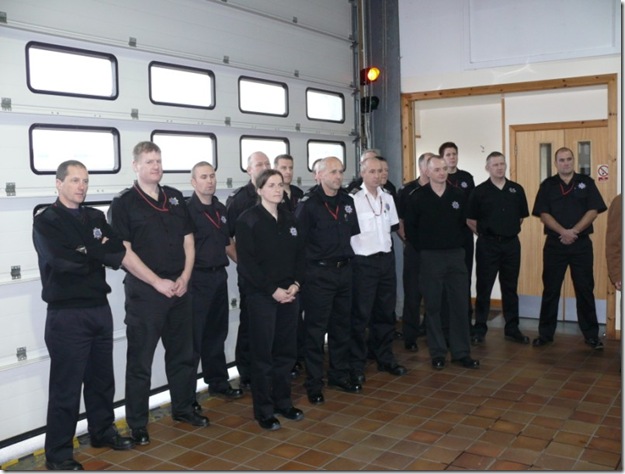 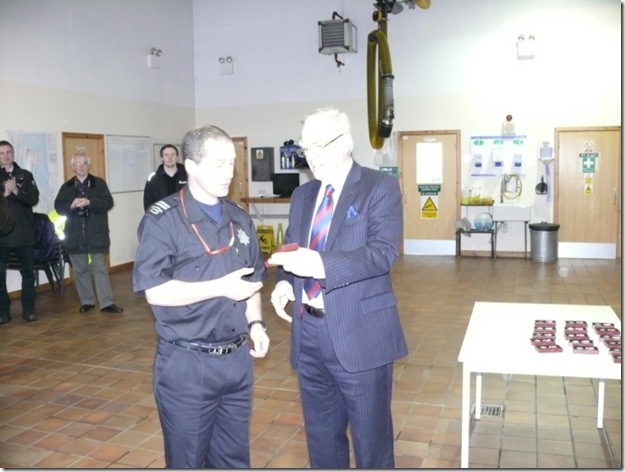 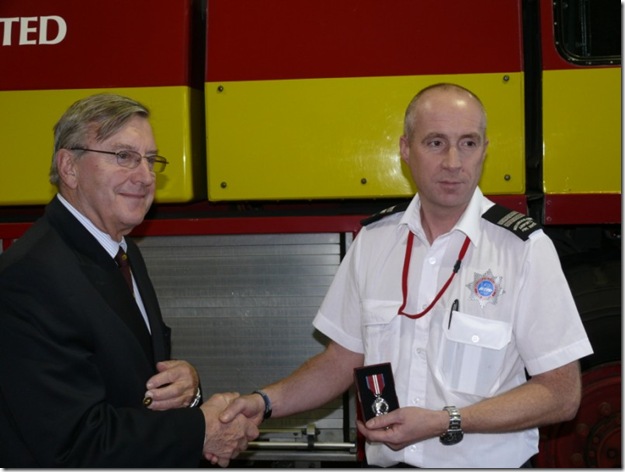 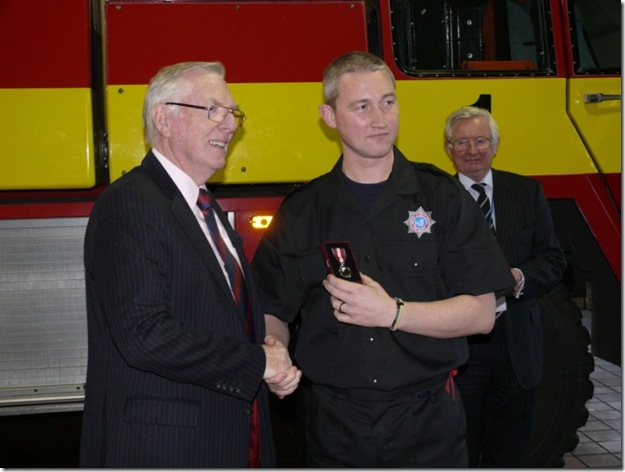 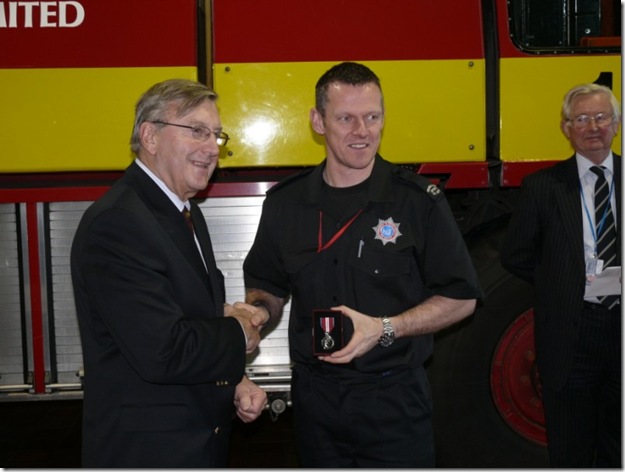 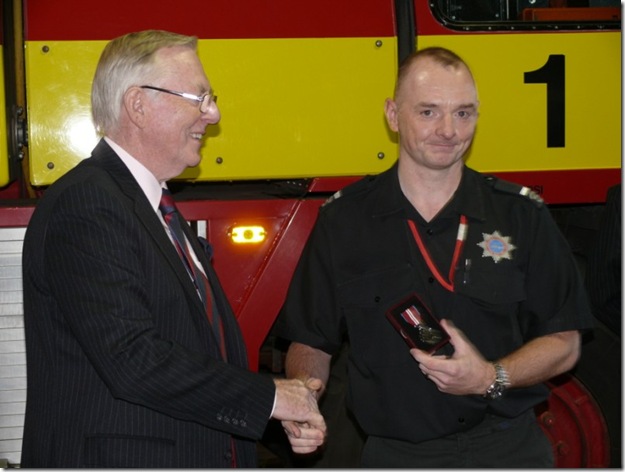 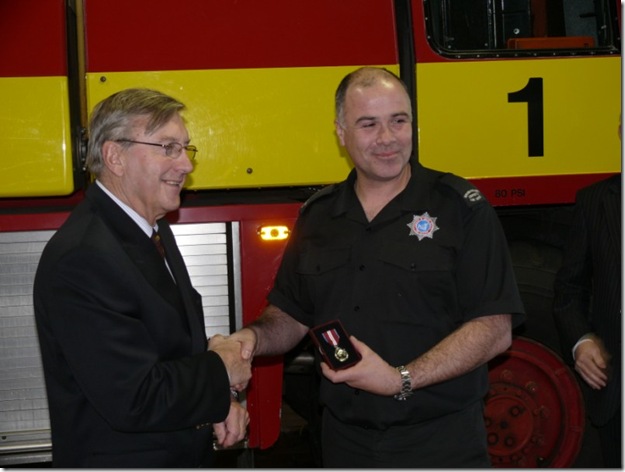 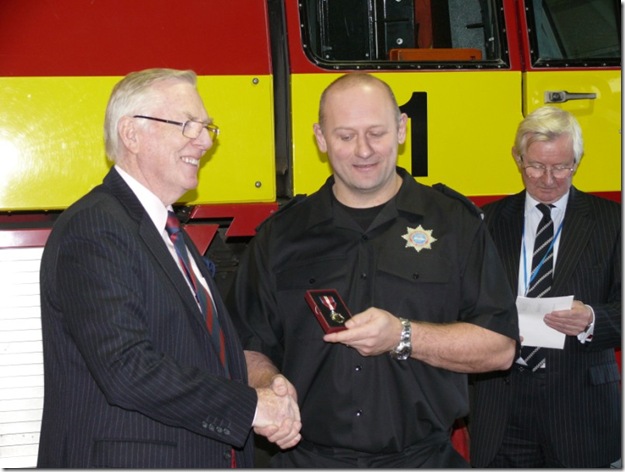 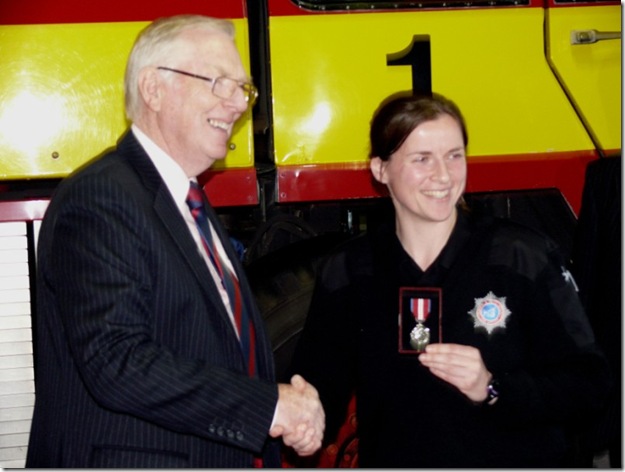 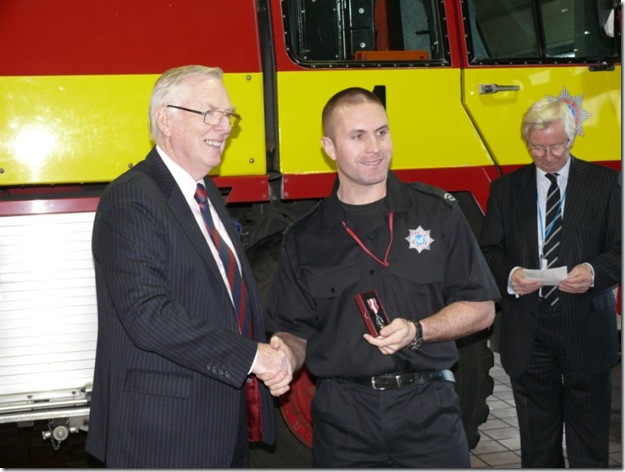 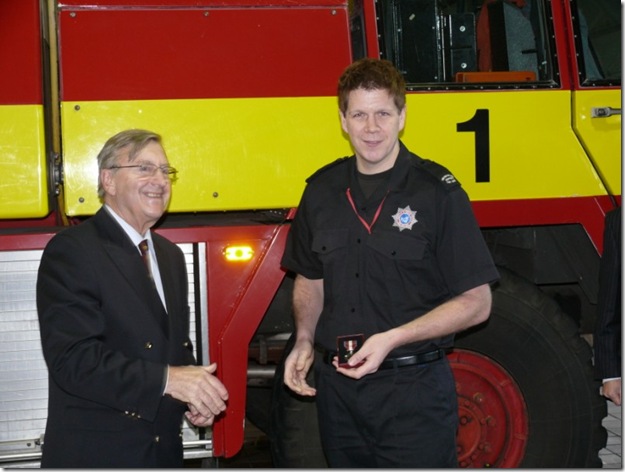 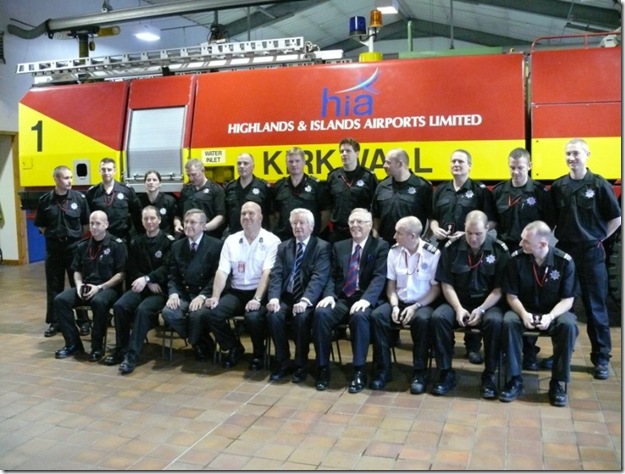 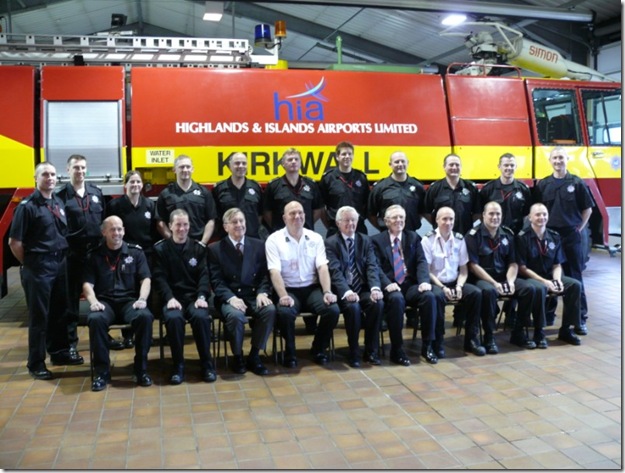 In between all this Debbie Henning aka Deb’s Cafe had put on a lovely buffet for all so all in all a lovely day so far.

After the medal presentation it was back to the terminal to finish off the nibblies and a final photo opportunity to get all the hosts together.

And finally a picture of our Camera shy Airport Manager 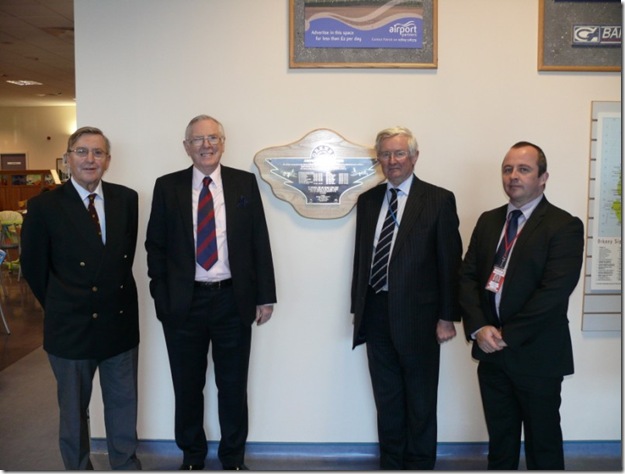 Immediately after the event we went straight in to an airport tour for the Tuesday Club.  Many thanks to Loganair, Security, Petrea from the Information desk and the airport firemen for hosting the visit.

And finally (again) no post would be complete without an aircraft or two.  We recently had a low approach by F-WWMZ, an Airbus A400M which is the replacement for the well know Hercules 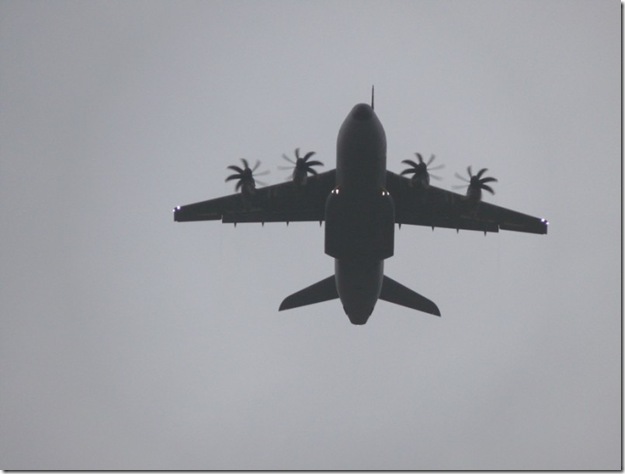 Apologies for the quality, very high and very dark.  We also had a visit today by a brand new Citation 560XL from Hawarden.  Very pretty!