It’s frightening how time passes and I never seem to have the time to update this blog.  I have put a few photos on Facebook but have so many to catch up on.

I will start with a few interesting aircraft in September first of all with a Cirrus 22 which passed through. 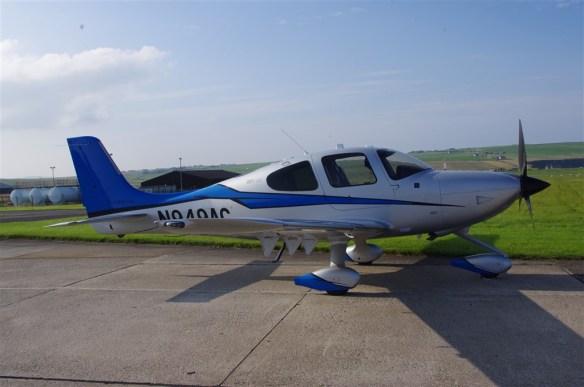 And a Netjets Citation

And finally a King Air 350 operated by Gama

This is a Diamond Twinstar based at Wick 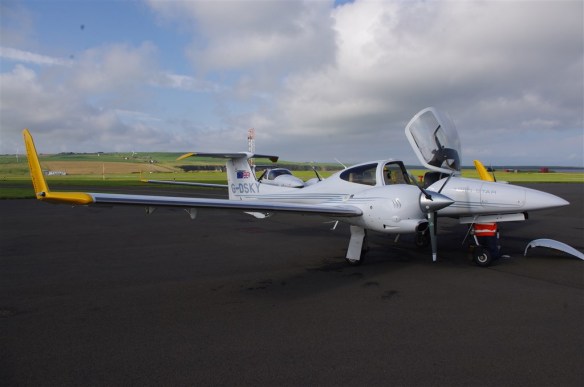 We also had a visit from Cartier, piloted by Senior Captain Morgan Beret and Senior First Officer Marco Pierotti.

My family and I had a lovely evening with them, and Morgan, on the left, went home with the recipe for Orkney Fudge cheesecake which I am sure will be a new delicacy in Paris soon. 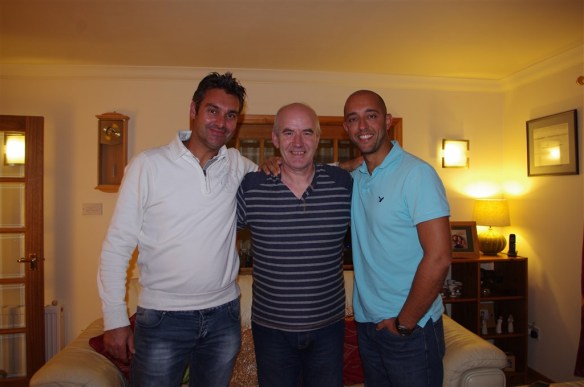 Ixus Air stopped off with their Falcon 50

We also had this Twin Otter in for a few days as the weather stopped them flying home due to poor conditions over the Atlantic. 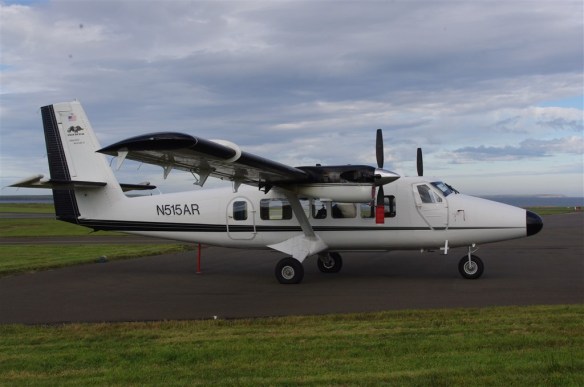 We also had poor conditions here so the aircraft was tied down with the biggest weights available until the wind passed.

And the second, a slightly updated model

And finally a CL60, and by this time the dirt on the sensor was really getting to me 😦

Then today arrived with a few visitors including the NLB helicopter and a short visit by our friends from the SFPA.  The Aircraft stars of the show were ZE700, a BAE 146 from the Royal flight on its way to the Faroes and a stunning Dakota on  its way to Iceland and on to Canada tomorrow. 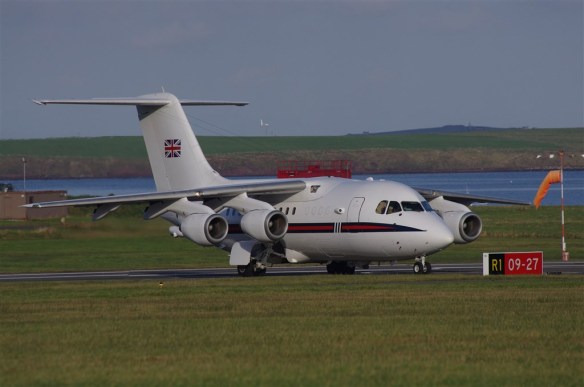 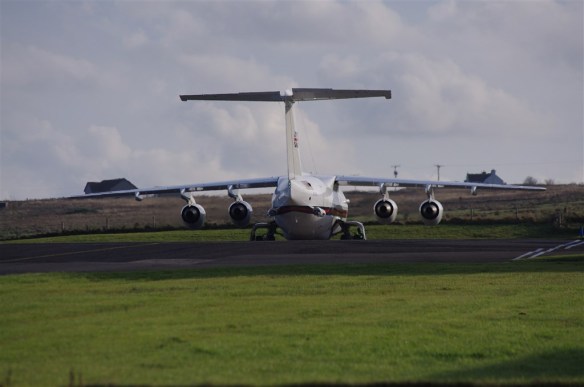 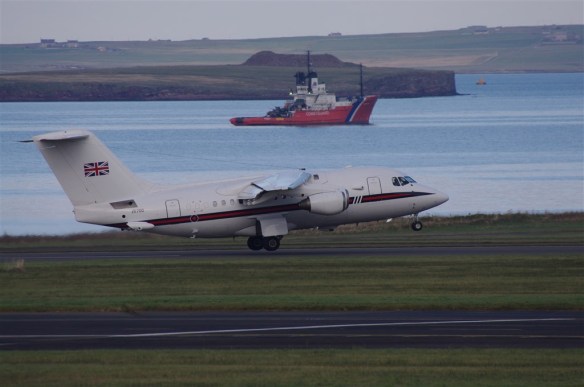 And a first for me.  Words cannot describe how beautiful this aircraft is/was.  Apparently it started off life in 1943 as a normal DC3 and was upgraded to turbines in 1990.  The crew were first class and allowed us access to their aircraft and I thank them sincerely for taking the time to stop off.  No words now, just photos. 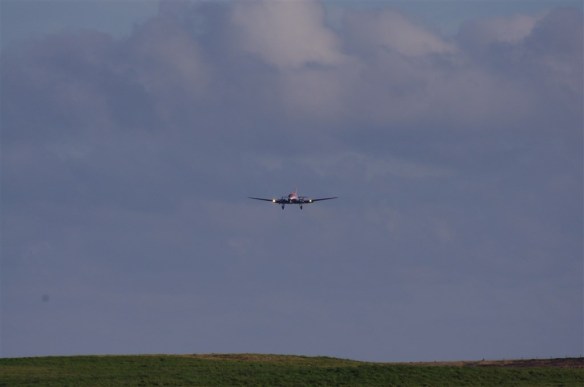 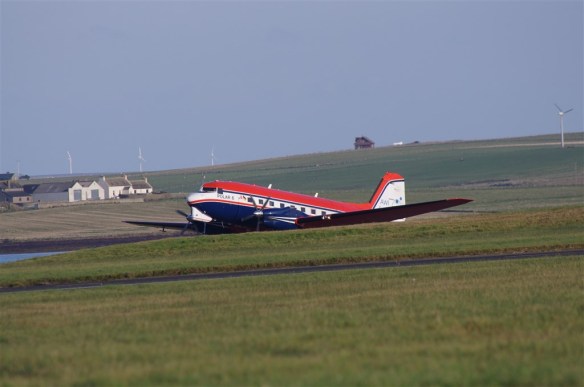 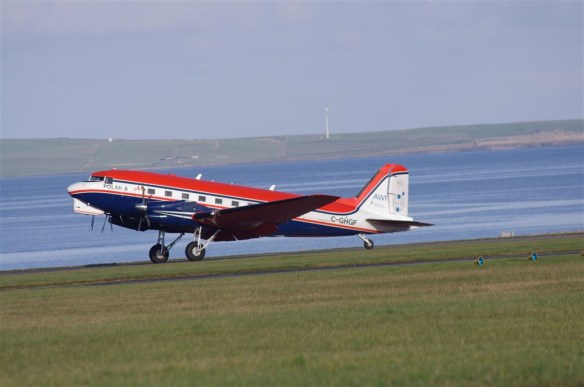 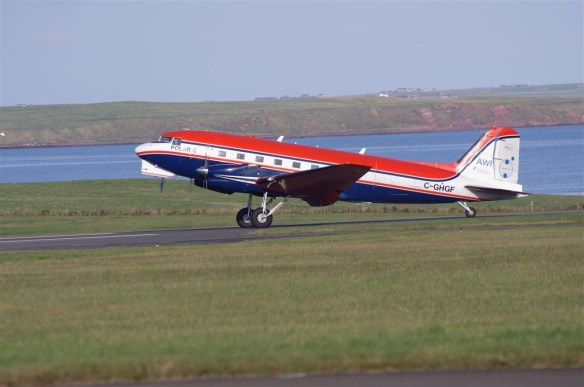 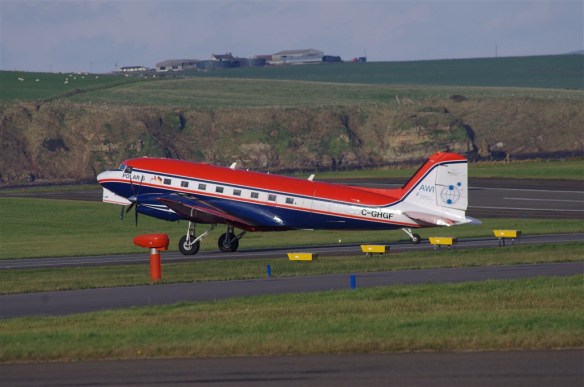 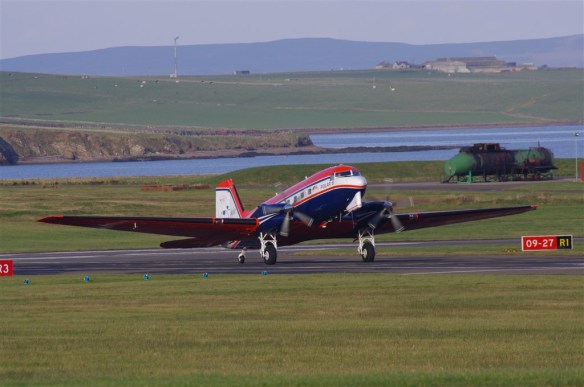 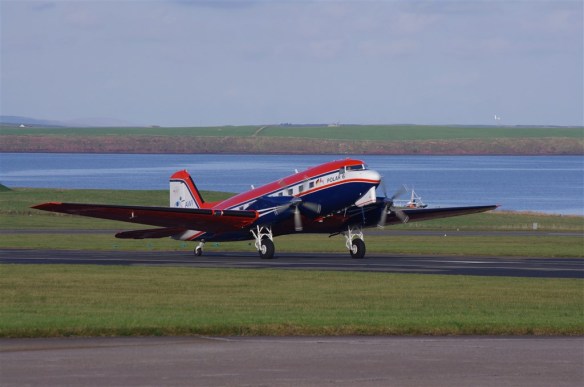 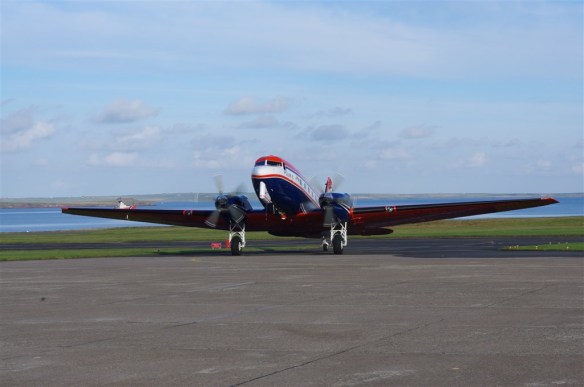 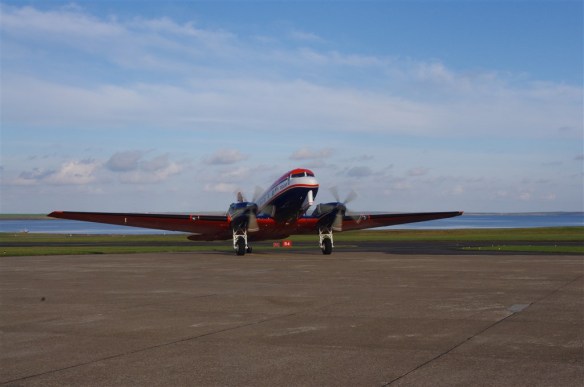 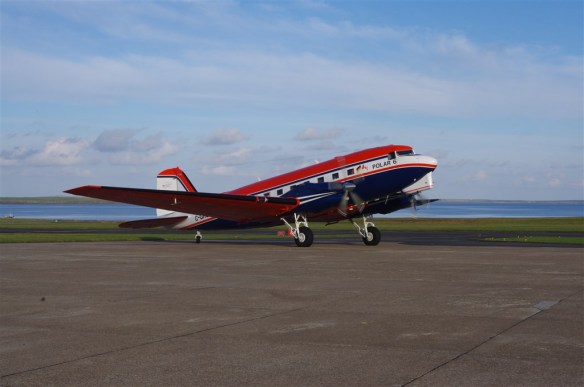 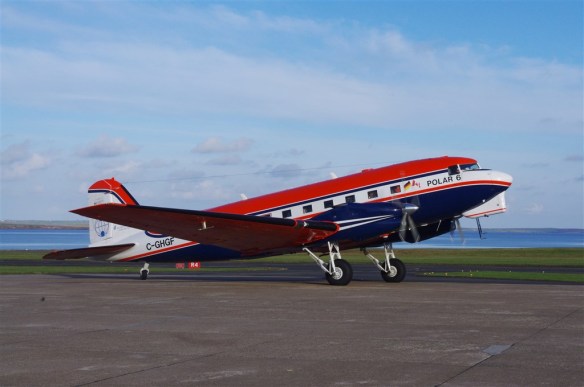 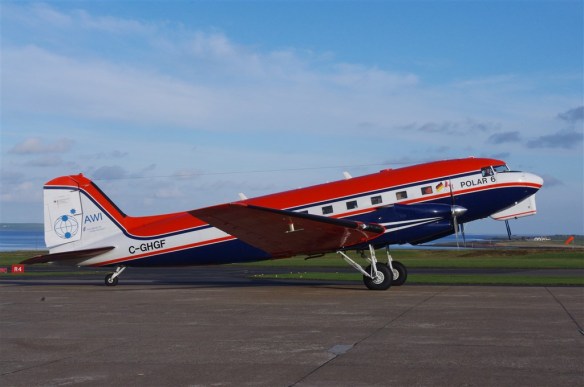 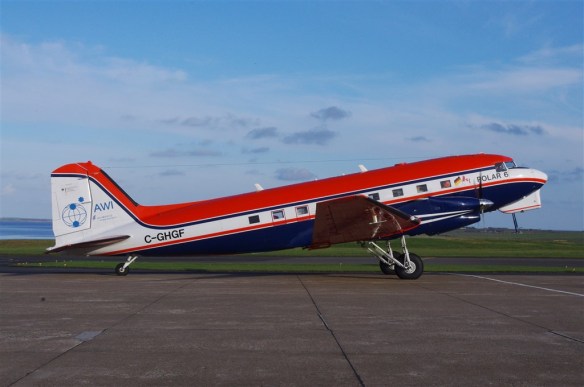 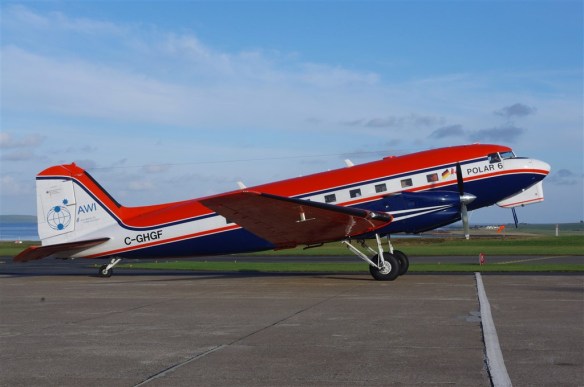 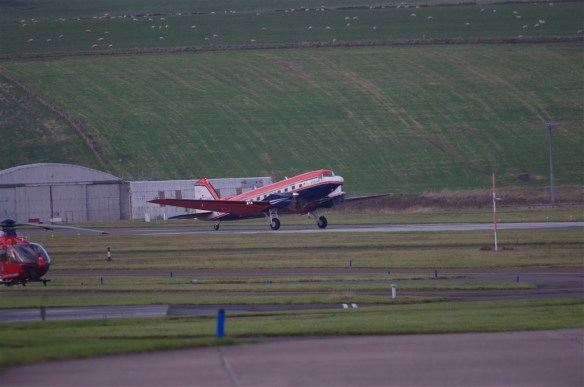 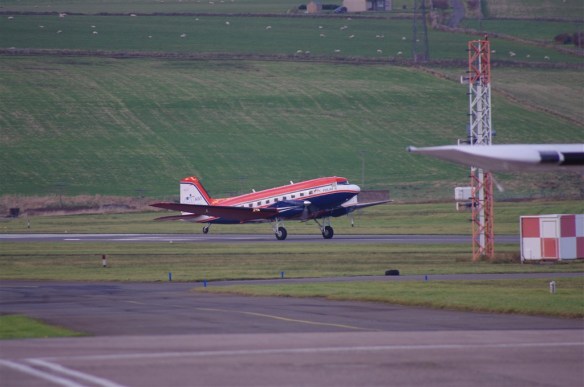 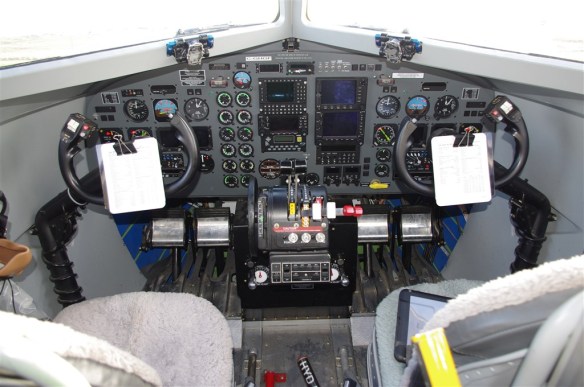 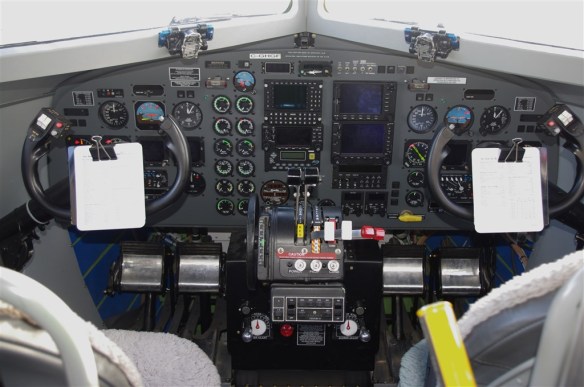 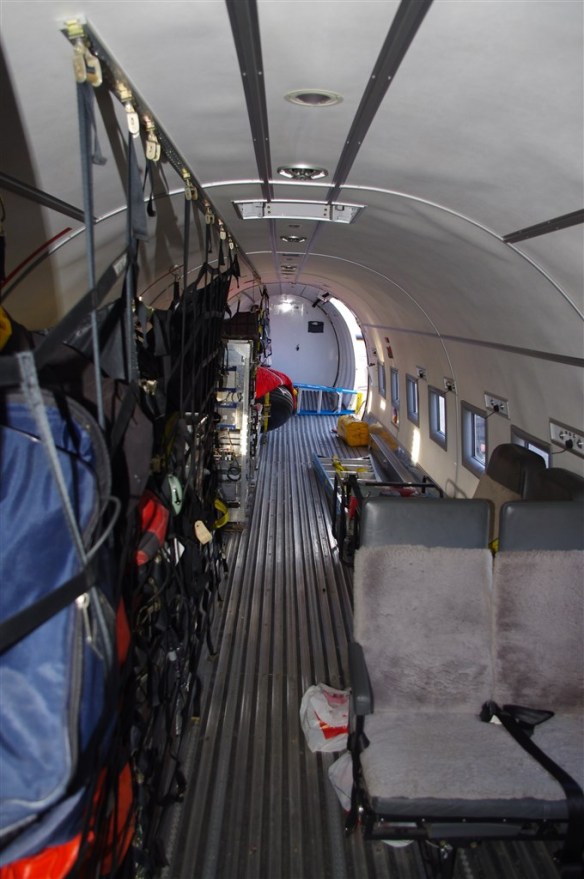 And finally a rare occurrence, here we have Blue Watch on parade 🙂  Gives you an idea of just how big this plane really is.

Thats it for now, hope you like the photos and sorry about the annoying blob 😦

Thanks for taking the time to read and all the best