Well, what can I say.  Happy Hallowe’en, Happy Guy Fawkes, Merry Christmas, Happy New Year, Happy Up Helly A, Happy Chinese New Year, Happy birthday Rabbie Burns.  these are some of the things that have gone on since I last posted.

We haven’t had a lot of snow at Kirkwall but we have had a lot of high winds and seriously dreich weather.  Nothing too unusula has happend at KOI since I last typed but we are rinning a pilot at the moment on Twitter to see how it works.  Find us at @KOIairport.

Just a few photos this time to let you know we are still here starting with this picture of a Zenair CH701 UL owned by a local pilot, Tommy Sinclair.

It was sitting in a field next to the airport as I was rushing to take the kids to the airport party in December.  Always time to take a photo though :). 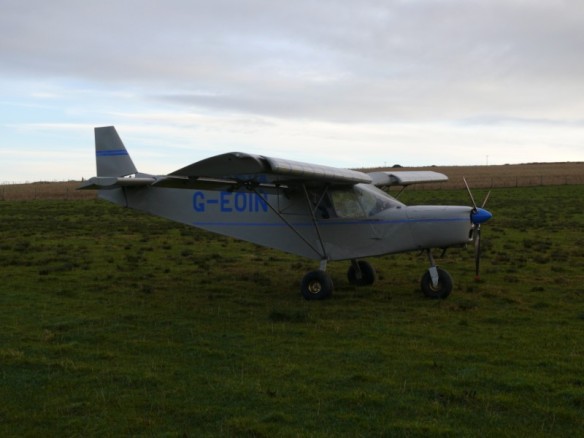 On the 19th of December we had a flypast from a 2 seater Typhoon, sorry it was too dark to get the tail number

We had a lot of helicopter traffic over christmas and the new year, most of which I have pictures of except this new S92 G-XCII 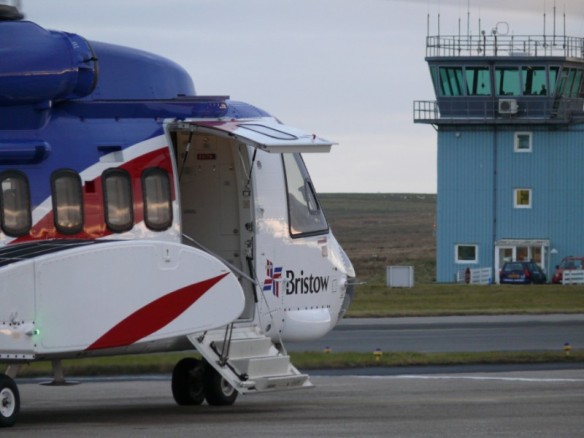 Then an unusual sight just after New Year.  Bristoews, Bond and CHC all in the same place at the same time.

One of the perks of this job is getting to meet some very nice people who are passing through the terminal and this gentleman was no exception.  Sir Ben Kingsley was in Orkney doing research for a program he intends to do in the next couple of years and while he was at the terminal, he made time for everyone that approached him.  Genuinely friendly and interested.  Many thanks Sir Ben.

Yes, I know, we both have the same hairdresser as I have been told many times 🙂

Short ago we had an ILS approach by G-BVRJ, a 146 or should that be an RJ operated by Qinetiq 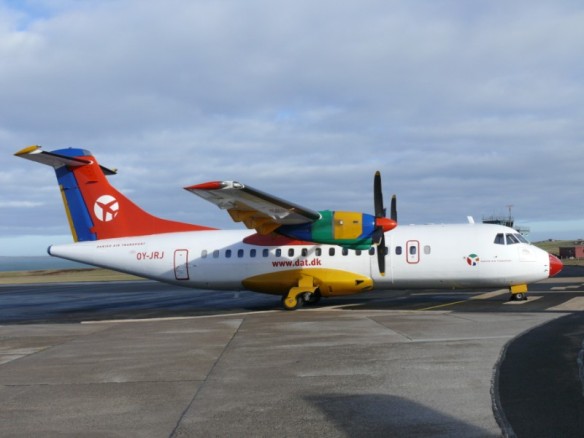 What a fantastic colour scheme!.  That’s it for now.  More as it happens and don’t forget to follow us on Twitter.

As always, thanks for taking the time to visit, until next time