I thought as christmas was edging ever closer, it was time for a post before the year is out and 2014 is upon us.   We have had some terrible weather lately with lots of wind and heavy rain.  Being Kirkwall, the pilots are used to it and try their hardest to keep things as normal as possible.

On one of the worst days of rain and wind, we had a visit from VP-CRR, a Challenger 604 which had a spectacular landing in the wet.  The photo is terrible but it gives you an idea of the conditions on the day.

And a much better one when it was parking at the terminal.

We had a short visit from XZ586 which was in for a refuel.  It has been a while since I have seen one of these at Kirkwall. 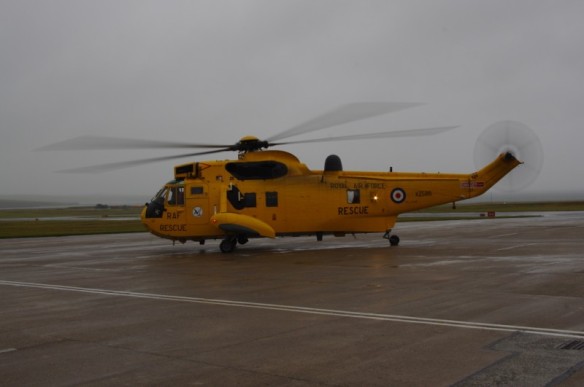 We have also had the first of our snow, interspersed with high gusts which made some interesting spotting for the public but these guys (and ladies ) do an amazing job.  Nothing would happen without the hard work of the Airport Fire Service and MT team who keep the runways open. 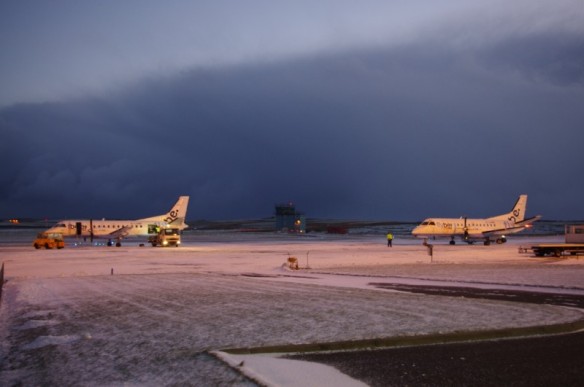 Last week we had a charter in from Southend, I think this aircraft was from Jota Aviation but registered to Aerodynamics in the Isle of Man.  Obviously a King Air 200.

And finally we have an extra mail plane this month over and above the Ben Air Guys who do such an excellent job bringing our christmas stuff in despite the weather.  This Metro Liner is operated by a german company called Bin-Air with the Captain coming from Portugal and the First Officer from Sweden.  ( Time for a correction as it turns out I had it the wrong way about!  The Captain is Johan from Sweden and the First Officer is Nuno from Portugal!  Nice for Nuno to come to Kirkwall to gain a promotion.  They left today 17/12/13 as their tour of duty is complete.  Pleasure meeting you and safe journey home) Nice to see them in the terminal and becoming part of the furniture.

That’s about it for this year.  Thank you to everyone who has taken the time to visit this blog over the year.  I enjoy doing it but wish I had more time to do it justice.

I wish you all a very Merry Christmas when it arrives and trust 2014 gives you success, health and happiness.